Short-term Wholesale Prices (Figure 1)
Wholesale prices have dropped to relatively low levels in the past year, although they were rangebound (in effect, flat) for much of the past 6 months, with no one factor taking hold of direction.

Brexit remains an unknown, with competing arguments as to how it will impact UK energy rates. The most immediate effect is likely to be on sterling; a no-deal exit may push down the value of the pound, increasing energy costs in the UK, but vice versa if a deal is formalised. 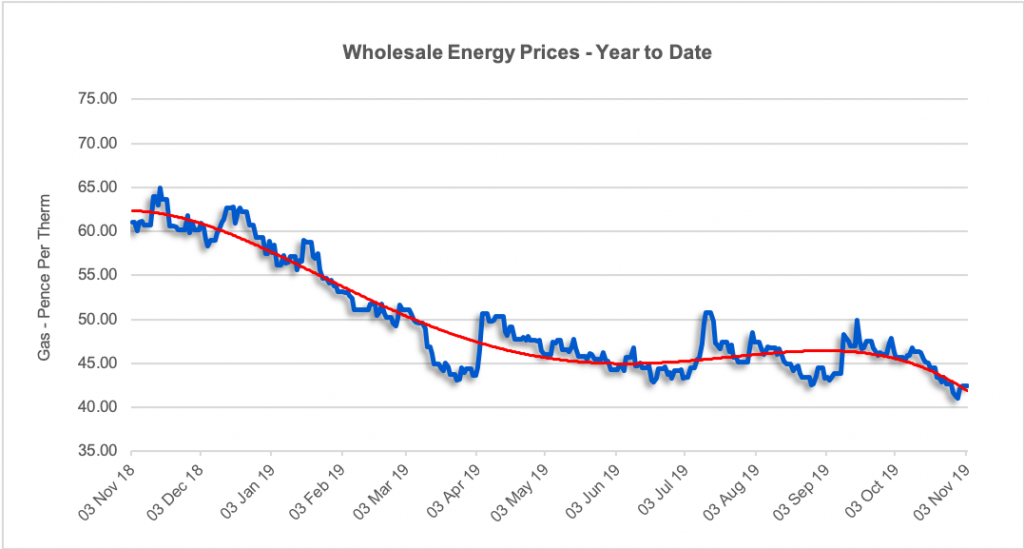 Long Term Energy Rates
Electricity (Figure 2)
Electricity prices dipped slightly in the last quarter as a knock-on effect of commodities falling. Over the longer term, rates will likely continue upwards, due to increasing non-commodity costs. The delivered cost is predicted to increase c. 2% to 2020/21, assuming wholesale prices remain flat or fall. However, forecasts predict costs flattening from 2020/21 to 2021/22. 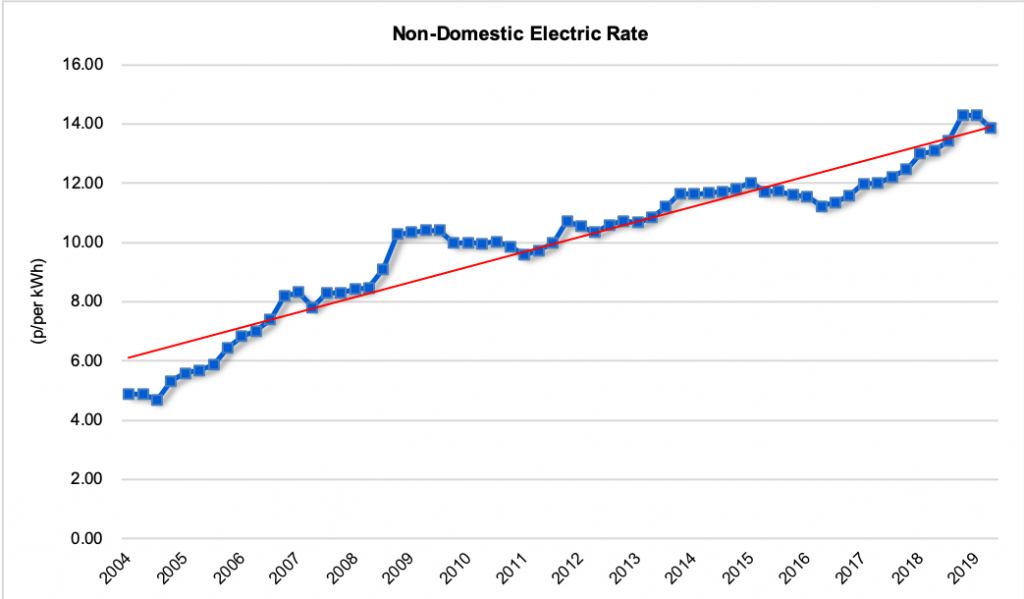 Gas (Figure 3)
Gas rates jumped slightly in the last quarter, although this may be a seasonal adjustment; longer term gas is expected to increase by roughly 7% to 2020/21, plus a further 2% to 2021/22. This is due to a combination of increased wholesale costs plus a rapidly increasing CCL rate. However, supplies not subject to CCL should see much less increase. 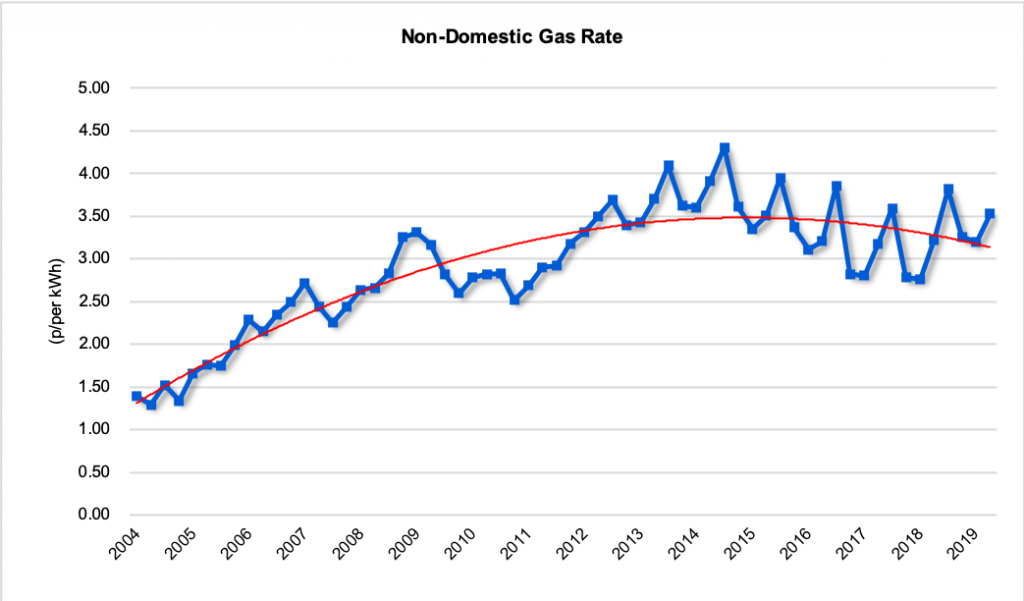 Streamlined Energy and Carbon Reporting (SECR)
If you qualify for ESOS – or close to the thresholds – you need to be aware of SECR. This new scheme, launched in April, requires businesses to include energy use, emissions and an intensity metric in their accounts – starting from financial years beginning on/after 1st April 2019. It mandates compliance with similar criteria to ESOS but with lower financial thresholds and exempts those with consumption below 40,000 kWh p/annum.

UK Smart Meter Rollout
In a recent cost-benefit analysis, the government announced an extension to the smart meter rollout (i.e. the replacement of the UK’s gas and electricity meters with smart meters), from the 2020 target to 2024. So far, over 16 million have been installed, with an optimistic target of 30 million by the end of 2020 – 43 million need to be replaced in all.

BEIS also recently reported on SMETS1 – the first-generation of smart meters, which, frustratingly, lose smart functionality when switching supplier (as opposed to SMETS2 which, generally, do not). They aim to resolve this by integrating SMETS1 into the comms infrastructure used by SMETS2. This should negate the need to swap all SMETS1 meters, avoiding huge disruption and potentially saving c. £103 million.

This is an article from: Insight & Innovation: Issue 4 – click here to read the whole newsletter.