NGN Charges change on 1st July – Are you a winner or a loser?

By Scott Flood8th June 2015No Comments 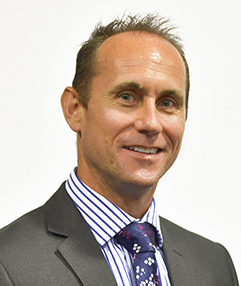 Changes are afoot in the communications market. As of 1st July 2015 the way in which NGN’s (non geographic numbers) will be charged when calling them will change. Ofcom, by virtue of the EU’s common regulatory framework for electronic communications, will change the way you as a consumer will be charged for calling non-geographic numbers – the number ranges which will be affected are: 080, 084, 087, 09, 116 & 118.

Ofcom originally consulted on this reform in December 2010, and finalised their report and proposals in December 2013. The consultation process has now ended and implementation is fast approaching. In this weeks blog we seek to understand the reasons behind the changes and who will be most affected by them.

Ofcom’s report determined that the current charging methods put in place by suppliers are not sufficiently transparent and that this is creating uncertainty amongst consumers. Currently when a NGN is declared as a point of contact a generic caveat towards how much the number will cost to call is offered and looks similar to the below:

“Calls cost 20p per minute from a BT landline. Other landlines may vary and calls from mobiles may cost considerably more.”

This rate will be made up of two elements. Part A will be the element of charge levied onto the consumer by the supplier, and the remaining element, part B, will be paid to the owner of the number (or by the owner if the number is free to call).

With the new charging method your supplier will disclose the exact ‘access charge’ for each number range directly to you, the remaining cost element will then be charged as per the owner of the number.

With these changes there are undoubtedly going to be winners and losers, here we take a look at these so you can better understand how your bill might be affected.

Mobile users are currently liable for the most uncertainty. With the new charging method, free will mean free – if your mobile fleet regularly calls 0800 & 0808 numbers then you can expect to see associated charges disappear! It would however be worthwhile to check any changes in charges for services such as conference calling, because as a result of these changes their terms of service may need to change. Savings Tip – If this is your business – actively encourage conference call participants to dial in using the local number and not the freephone.

While information is still being released by suppliers, there will likely be some jostling of position by suppliers to offer the most competitive access charges. One supplier we spoke to confirmed that their access charge would be set at 2.5p/minute.

Businesses with free to call NGN’s. Any business or service which offers free to call NGN numbers to contact them will see significant increases in the cost incurred by offering this service. This will mainly be brought on by mobile users no longer being required to pay for making calls to 080 NGN’s. One supplier suggested that the cost of receiving calls could rise to 8p/minute.