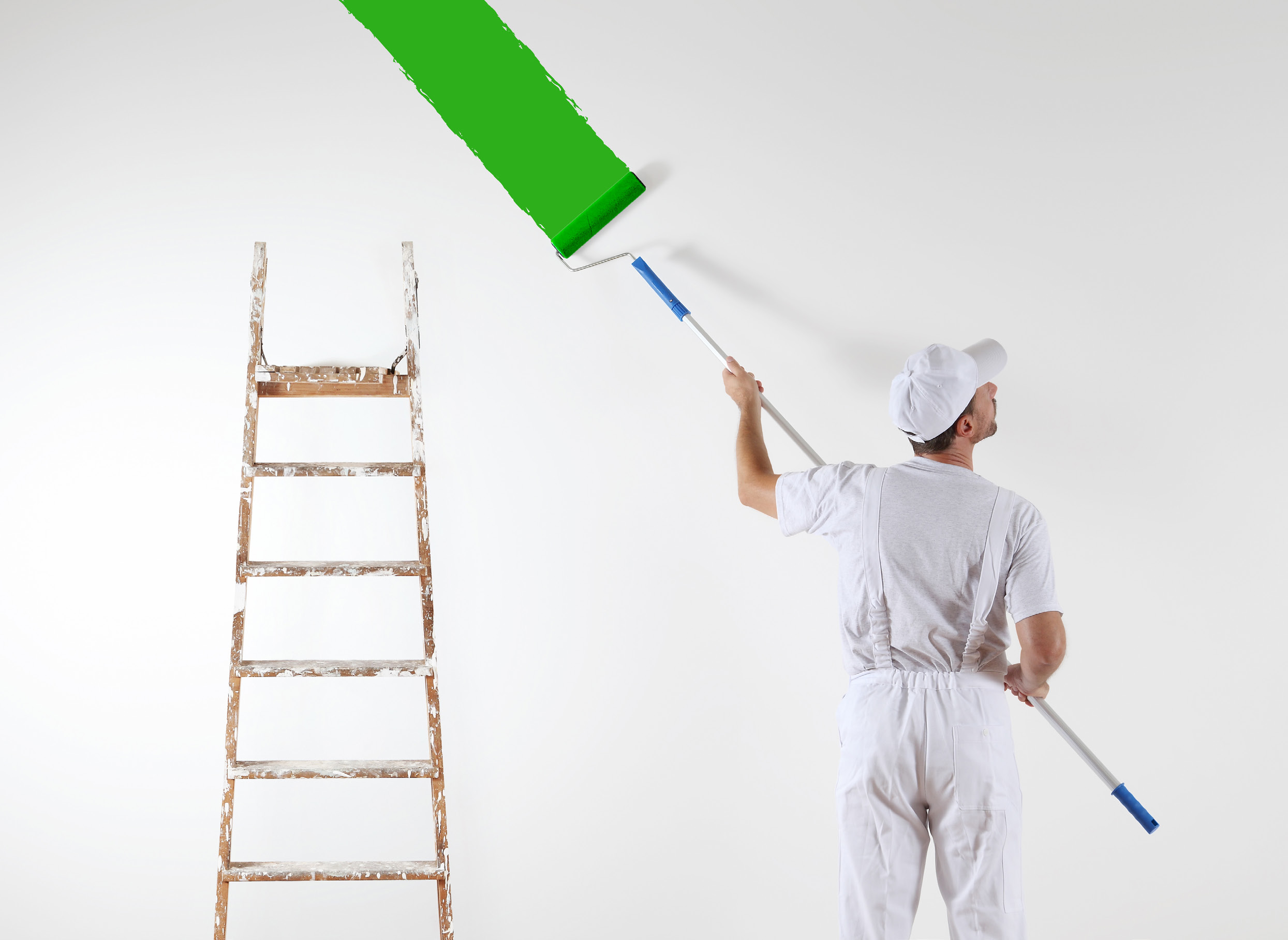 How to avoid the risk of Greenwash?

June 23rd 1988 marked the date on which climate change became an international issue. In a landmark testimony before the U.S. Senate Energy and Natural Resources Committee, Dr. James  Hansen, then director of NASA’s Institute for Space Studies, stated that;

Building on over 20 years of energy saving and supply chain experience, in 2020 Auditel’s Carbon Strategy Group released a guide to design and deliver a sustainable business. Our clients desire for recognition of the decarbonisation work Auditel had helped implement led to a quick realisation that a standard for demonstrating Carbon Neutrality was needed. Following extensive research, dating back to 2012, we adopted PAS2060, the only internationally recognised standard for carbon neutrality, which had been released with a relatively slow uptake by BSI in 2010. PAS 2060 was developed by BSI (and other organisations such as BP Target Neutral and Forestry Commission) to specify requirements to be met by an organisation seeking to demonstrate carbon neutrality through the quantification, reduction and offsetting of greenhouse gas (GHG) emissions and came into effect in April 2010.

Auditel worked closely with BSI during the early part of 2021 to raise awareness of the benefits of using PAS2060 due to help support market demand and at the same time become one of the first members of their Associate Consultants programme to be able to  offer support to the standard. The reason for our market positioning was clear; over a 32-year period from 1988 to 2020, the environmental movement had developed at pace through organisations passion to save our planet. However, this passion was in a totally  unregulated market.

There has been development both in organisations trying to do the right thing themselves, together with independent companies offering their own set of guidelines and accreditations achieving their self-generated badge of honour for public display of commitment to the cause.  There are three main areas of certification, accreditation and standards to consider.

SME or corporate, some companies will try to do it themselves, believing they may have both the knowledge and the resources internally after a degree of research. This can be a breeding ground for some of the worst types of claims for greenwashing being made  whilst the organisation really is trying to do the right thing. There is an argument to say, why would you do this, you have an accountant and a solicitor, carbon emissions are now government compliance, with balance sheet liabilities and corporate taxation on  their way for 2023. Carbon accounting is a professional service that probably should be left to the experts. The old saying is true ‘what gets measured gets managed’. When left to your own devices, this in turn opens up the options of calculation methods. There are  a plethora to choose from including free online calculators in exchange for your email address, all the way to bespoke software packages encompassing eye watering costs. As this market is also unregulated, the accuracy of these products also vary and go un-challenged.

If carbon neutrality is the ultimate goal, the plan will inevitably include the purchase of offsets. Robust examinations prove there is a vast disparity in the accuracy of the current calculation tools, which can lead to purchasing either too many or indeed too few offsets defeating the original objective, again leading to potential claims of greenwashing.

Outsourcing professional services has traditionally led to some very passionate organisations with a wealth of environmental knowledge, promoting their beliefs on sustainable business practices. There are a few who have been around for quite some time and with  the lack of any recognised standards, historically creating their own, effectively you could say marking their own homework. This could arguably be better than self-certification, as certainly the passion and possibly the knowledge will be more robust, usually involving an annual subscription fee to be a member or partner of the organisation.

They will each have their preferred calculation software, again unregulated, but firm in the belief that it will provide the service needed by the client. The membership fee will also include the use of their own certification, together with the use of their logo for marketing purposes. Some of the organisations have been around for many years, which can in some cases allow them to drift off course in terms of the detail in claims being made due to the lack of regulation and guidelines. An example of this are spurious claims  of working to a recognised standard, which when challenged prove not to be the case, together with certificates being issued, which again when challenged are swiftly reviewed and amended due to inaccurate  statements being made.

The difficulty in selecting  partners in this sector are that they are well established, with a strong client portfolio to boast, which in most cases looks both impressive and credible. It has been acknowledged by certification bodies that this activity encourages a bit of a ‘wild west’ culture, which  again can leave clients vulnerable to claims of greenwashing, albeit unintentionally.

PAS2060 was relaunched in the UK in June 2021, with both BSI (British Standards Institution) & NQA (National Quality Assurance) as verifiers of UKAS, as accredited certification bodies, together with a number of professional consultancies including Auditel, working with them as Associate Partners & Consultants to the only internationally recognised standard available. It could be argued that this was the game changer. Now that an official standard has been set, it does leave spurious claims and practices open to  criticism and debate. A benchmark has now been established.

The UK government are currently regulating the industry with both legislation and taxation. In July 2021 PPN/0621 stipulated that public sector tenders in excess of £5M in value will no longer accept  bids from companies without a credible carbon reduction plan. It is also rumoured that this figure is due to be reduced on a constantly reviewed basis to include more businesses at a lower value of work. The critical difference with third party verification is the robust process that has to  be adhered to in compliance with PAS2060 to achieve carbon neutrality. Organisations can purchase the documentation themselves, follow the process, then go to a verification body to achieve the standard. There is also help available to assist organisations through this process if the knowledge and experience does not exist in house through professional services such as Auditel.

The benefits with PAS2060 are clarity, consistency and transparency, leaving no threat to claims of greenwashing. The cost to benefit  analysis can be examined to establish the true value that is both required and can be afforded by the business. The cost of doing nothing just yet can also be quantified and calculated. The cost of either a self, independent, or third party process is quite straight  forward, looking at the availability and cost of internal resources, versus a tendering process of outside help based on the quality and value of service. The cost of doing nothing will evolve over the short to medium term leading to investor concerns, staff disengagement, increased taxation, and non-compliance. We firmly believe that carbon neutrality does not have to cost the earth.

To minimise the effects of climate change, countries need to significantly reduce their reliance on fossil fuels and their total greenhouse gas emissions. A large proportion of which comes from commercial and industrial activities, therefore businesses must bear the responsibility for minimising emissions and overall environmental protection. To show their commitment to protecting the environment, companies often claim to be carbon neutral, or that their emissions do not contribute to a net increase in global emission levels. PAS 2060 is an internationally recognised standard designed to verify the accuracy of these claims and help companies achieve true carbon neutrality through earnest means. Developed by the British Standards Institution and implemented in 2010, PAS  2060 presents four key stages to carbon neutrality — measurement, reduction, offsetting and documentation. At the end of the process, businesses can pursue verification with an independent third party like NQA. Although the standard does allow companies to purchase carbon credits as part of the process, it’s important to note that offsets must meet certain criteria, and companies cannot receive PAS 2060 verification using offsetting alone.

The standard builds on existing environmental standards such as ISO 14001 and PAS 2050, which deal with the emissions of products throughout their lifespans. No matter what sector you operate in, your organisation can use the PAS 2060 standard to strengthen relationships with customers and contribute to the long-term stability of life on Earth.

Carbon neutrality means not adding new greenhouse gas (GHG) emissions to the atmosphere. Where emissions continue, they must be offset by absorbing an equivalent amount from the atmosphere, for example through carbon capture and reforestation that is supported by carbon credit schemes. Governments are increasingly insisting on carbon neutrality. The UK government, for example, has set a target for all businesses to become carbon neutral – or achieve ‘net zero’ GHG emissions – by 2050. In addition, carbon  neutrality is a key objective for organisations wishing to: