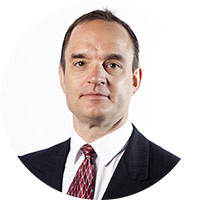 As of 2012, UK large enterprises employed nearly 11 million people with a turnover of £1.6 trillion, and consumed approximately one-third of UK energy.
Somewhere between 4,400 and 6,400 UK enterprises already monitor and report energy consumption under legislation such as the CRC, however the EC wished to extend these activities beyond passive monitoring to include detailed recommendations for efficiencies.

On October 25th 2012 the EC agreed the ‘EU Energy Efficiency Directive’ (‘EED’). Article 8 of this legislation requires each Member State to instruct every ‘large enterprise’ to conduct an energy audit by December 5th 2015, repeating every four years thereafter. Consultation ceased on Oct 3rd 2013 and in June 2014 the DECC will announce final details of the UK’s version, called the ‘Energy Savings Opportunity Scheme’ (ESOS). Approved assessors will carry out Article 8 compliant ESOS assessments to measure energy consumption and recommend efficiency measures. It is estimated that if enterprises implement just 6% of recommended improvements, energy consumption will reduce by 3.3TWh annually by 2016.

Approximately 7,265 UK enterprises will be affected, occupying between 170,000 and 200,000 buildings. Entities certified to ISO50001 or ISO14001 or where current Display Energy Certificates, Green Deal Assessments, Climate Change Agreements or Green Fleet Reviews are likely to be deemed already ESOS compliant.

Who will it affect?

A ‘large enterprise’ is an entity engaged in an economic activity, employing more than 250 staff with a turnover greater than € 50m and/or a balance sheet over € 43m.  Some charities, CICs, unincorporated associations and certain universities are theoretically included (11% of the 7,265 enterprises will be not-for-profit).  Public bodies (defined as ‘contracting authorities’ in Directive 2004/18/EC) are exempt from Article 8 because a separate Article – Article 5 – addresses energy efficiency in the public sector.  Universities and colleges financed mostly by other ‘contracting authorities’ will be considered public bodies for the purposes of the EED however some universities – due to their specific funding arrangements – may not be exempt.  SMEs will be exempt unless part of a larger eligible ‘group enterprise’.  In this case eligibility will be determined by the highest UK parent company (as defined under the Companies Act 2006).  In the event a ‘large group enterprise’ is deemed eligible, all subsidiaries – SMEs or not – will require an energy audit.

What do I have to do?

Audits must be completed by 5 December 2015 and then at least every four years thereafter. Depending on the compliance route chosen, organisations may need to notify the scheme administrator that they have conducted an ESOS assessment, and potentially disclose any key action taken in their annual reports.

What will a typical audit comprise?

An ESOS assessment seeks to go beyond merely measuring an organisation’s aggregate energy use to incorporate measurements of the efficiency with which it uses it.  It is intended that assessments quantify energy use relative to headcount (or relative to turnover) which will enable comparisons between assessments and potentially within industry sectors.  It will consider variations over time of the energy use within key buildings/operations/transport activities.  The assessment will include clear guidance as to where cost-effective energy savings can be applied.  It is intended that ESOS assessors have discretion as to the granularity of data they collect and as to the parameters by which suggested improvements are deemed cost-effective.
Entities with current Display Energy Certificates or Green Deal Assessments could potentially be deemed ESOS compliant.  In the same way, a transport fleet which has undertaken a ‘Green Fleet Review’ within four years might be deemed already compliant otherwise such fleets will require their efficiency monitored (including “grey” fleets of employee’s own vehicles).

Who will do the assessments?

Large enterprises will need to identify an approved ESOS assessor (either existing competent staff member or external) to complete the audit. The Government has yet to define a route by which individuals will receive ESOS accreditation.

What will ESOS assessments cost?

A rough estimate for the initial ESOS survey is £17,000 with subsequent assessments costing in the region of £10,000.  These figures exclude the cost of implementing any recommendations.