BY: DAVID MCDONALD – PART OF THE AUDITEL CARBON STRATEGY GROUP

COP stands for Conference of the Parties. Parties are the signatories of the United Nations Framework Convention on Climate Change (UNFCCC) – a treaty agreed in 1994 which has 197 Parties (196 countries and the EU). The 2021 conference, hosted by the UK, together with our  partners Italy, in Glasgow, will be the 26th meeting of the Parties, which is why it’s called COP26.

Despite the delays forced upon the UK Government by Covid-19, the 26th conference of parties will touch down in Glasgow during the first 12 days of November. Recent confirmation that  India’s Narendra Modi is to attend, means China’s President Xi and Russia’s President Putin are the only high profile ‘no shows’. Over 100 world leaders are now expected to make an appearance during the first week, along with thousands of top Ministers and diplomats who will be  tasked with reaching what is undoubtedly the most important accord to be negotiated since Paris.

The UK’s Prime Minister is keen to declare success at every opportunity, however it must be borne in mind that there is a precarious asymmetry in defining what success looks like when it  comes to climate change. Many industrialised economies facing significant climate impacts are indeed those that must take real responsibility for historic emissions – consider the record wildfires in the Western US and in Australia. However there is a large cadre of developing nations that will face even more severe impacts but which have little to answer for in terms of contributing to the problem. These same countries lack the resources to make meaningful change in their economic models – to “shift the dial” on carbon emissions.

This is the essential challenge of each successive round of negotiation in this global arena, and one that has been accentuated in recent years by an uneasy political shift to the right and associated nationalistic postures from key nation states. Some major developed countries now appear to favour shifting the goal posts  of the Paris Agreement by calling for all countries to adopt net zero targets by 2050. This new ‘goal’ runs counter to the Paris Agreement and fails to consider climate justice. Greenpeace pressure group Unearthed recently revealed how some of the world’s largest polluters are engaging  in spoiling tactics as they work to protect vested interests in fossil fuels. It was ever thus. 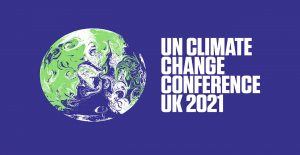 The UK is relying on a slew of announcements in the run up to COP26 which reiterate pledges to phase out coal power or end coal financing. The government also  appears confident that the US will ratify the $100bn of long-promised cash to support poorer nations as they combat climate change. Universal agreement on cars and trees will be hard to deliver, however  there will be plenty of eye-catching and encouraging national commitments on both fronts.

The level of interest and engagement from the corporate sector is growing quickly, and there will no doubt be a long list of corporate and investor-led initiatives and commitments, all of which should help to catalyse a continued expansion of real world decarbonisation  efforts. The recent wave of net zero pledges from leading economies represents remarkable progress since Paris and suggests the global emissions curve could start to deflect downwards over the coming decade.

It is possible that the Glasgow Summit may close with fresh projections  showing that temperature increases could be kept to around 2C this century. Whether such a plan keeps 1.5C alive then becomes a judgement based on emissions trajectories for the coming decade, the prospect of countries strengthening decarbonisation plans further in five years’ time, and the plausibility of negative emissions projects.

The Glasgow Summit will aim to deliver significant progress to decarbonise the real economy. The normalisation of net zero strategies will help to deliver progress against the temperature goals contained in the Paris  Agreement. The overarching signal to businesses and investors will be that the net zero transition is irreversible and building momentum. Brinkmanship, backroom deals, and fudged compromises could yet secure a technical agreement. But equally, deadlocked negotiations could easily overshadow the progress made on other fronts and fuel the perception that the whole exercise has failed to deliver on its core goals.

As the dust settles and we look back at this most critical moment in human history, will we be able to say that we did our best? Planet Earth will be our judge in the end – and it will remain steadfast in is own dominion. The political posturing and sloganeering will come to nothing if we allow short term interest to win the argument.